Your tour guide will show you the attractions of the city centre, after which you will continue on from Königsplatz to the Olympic Park and through the trendy Schwabing district. You can enjoy lunch at a typical Bavarian brew pub, and afterwards you will visit Nymphenburg palace: The summer residence of the Bavarian ruling family of Wittelsbach. This baroque-style edifice is still basically decorated as it originally was in the 17th/18th centuries. As you continue on the trail of the Wittelsbach family, you will stop at the Residenz, the main palace until 1918 and one of the most beautiful palaces in Europe. Dinner and overnight stay in Munich / Upper Bavaria.

Take a boat to Herreninsel where a carriage will be waiting (seasonal) to take you up the hill to the luxurious palace of King Ludwig II. This special palace is located in the middle of the largest lake in Bavaria and has a modern museum which depicts the tragic life of Ludwig II. You will eat lunch at a beautiful beer garden on Lake Chiemsee (or at a restaurant, depending on the weather). On the way back to Munich, stop in the idyllic village of Aying to tour the brewery and, of course, taste the locally brewed beer. Dinner and overnight stay in Munich / Upper Bavaria.

The reclusive King Ludwig II built the castle between 1869 to 1886 “in the traditional romantic style of old German knight’s castles” in order to escape into a fantasy world away from the public. He did not allow visitors to his castles, which he intended as personal refuges, but after his death in 1886 the castle was opened to the public (in part due to the need to pay off the debts Ludwig incurred financing its construction). Since that time over 50 million people have visited the Neuschwanstein Castle. Dinner and overnight stay in Munich / Upper Bavaria.

Take a tour of the town of Oberammergau with its picturesque centre square and where people buy tickets years in advance for the world famous Passion Plays. Munch on a snack plate of local specialties during a lunch time tour of an open cheese factory where cheese is made using traditional methods. Your trip continues over Cloister Ettal to see Linderhof Palace where royalty used to hang out in the large paradise bedroom, by the Neptune fountain with its large plumes of water as well as in the palace gardens, a mini version of the gardens of Versailles. Dinner and overnight stay in Munich / Upper Bavaria. 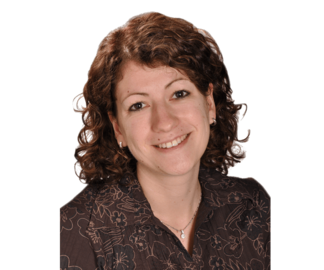